Hi everyone!
I guess this is a bit over my first week, but this is the first time we've been able to use a computer since we got here.
Mexico has been great! I've met a lot of great people. I love the people in my district (They're the people that I study with for nearly all of the day. We're a bit of a weird mix. I came to the MTC expecting to be in a group with all Spanish speakers, but of the 10 of us, 5 are from America. And all going to the same mission. The other half are going to a bunch of different places. It's been really interesting to be with them, especially because the Americans are all trying to teach the Mexicans English and the <Mexicans are helping the Americans with their Spanish. It's been fun, especially when we tried teaching each other tongue twisters in the other language.

The most unexpected part of this week happened my first Friday. My companion Hermana Cruz, tripped on the uneven sidewalk and fell, unfortunately bruising her foot badly. She started walking again yesterday, but until then, she was in a wheelchair. It was a bit difficult trying to get her around, since the CCM isn't very wheelchair accessible. the hardest part was when we had to be on the 2nd or 3rd floor since the elevator is out of service. We had to ask 4 or 5 Elders to lift her in her chair up and down the stairs.  I am so grateful that everyone here is willing to lend a helping hand, because we've needed it.

The training activities they have hear are great, even if it was uncomfortable at first. we do a lot of role playing, but it feels different than the kind of role playing I did before getting here. Maybe it's because people are taking it more seriously. There are a few instructors and volunteers that act as investigators for us to teach, and the practice is nice to have before I have to do it for real. t's amazing to hear the testimonies and stories from others here, everyone comes from such different backgrounds.

I've gotten a few questions about the food here, and It's pretty good. It's not always what I'm used to but there is always something good to eat. And there's beans and rice with almost every meal.

I think that's a pretty good summary of the week, though I had to leave out a ton

I have about 20 minutes left to email, I didn't know that nobody gets a p-day the first week here. The closest thing we got was a chance to wash laundry on Saturday.

I mentioned that half my district is from the US in the big email. Plus, my companion speaks English pretty well. Every companionship (There's 5) in my district has one american and one Mexican. All of the Americans have a call to the Paraguay Asuncion North mission. My companion actually is going to the Mesa Temple Visitors Center mission.  she's from Aguas Calientes Mexico (I don't really know where that is)

I am the Sisters Leader, that was a shock. me and my companion have to run relief society and we actually had to teach on Sunday. That was  a little challenging, but it went well. funny enough, the zone leaders are in my district too.

Posted by HermanaCelesteJones at 2:24:00 PM No comments:

This is the process that Celeste has gone through since she received her Mission Call. Hermana Celeste Eloisa Jones has prepared for this moment all of her life. During her Spring break at the University of Arizona she decided to submit her application right away and everything else fell in place quite fast. Her original Missionary Training Center was in Argentina but it was changed to Mexico City. This gave her the opportunity to see extended family and friends. She had an open house in Tucson and Mexico City. She will be in Mexico City for 3 weeks. We hope you sign up to receive automatic emails so you can follow her Journey Enjoy! 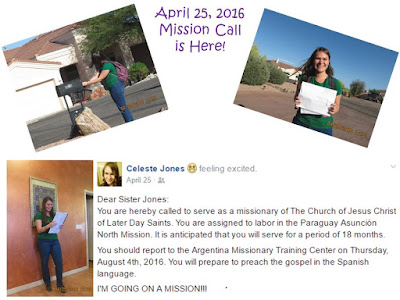 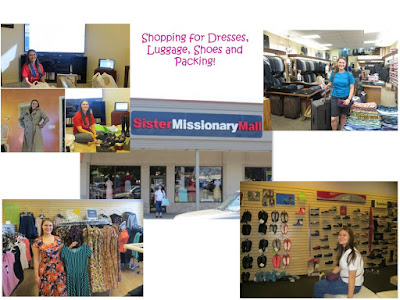 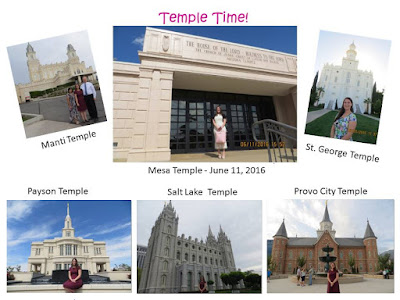 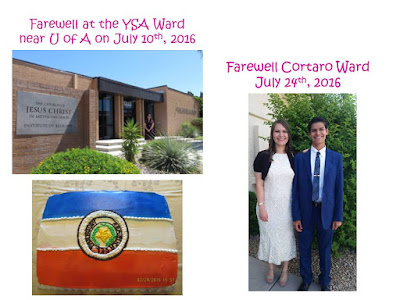 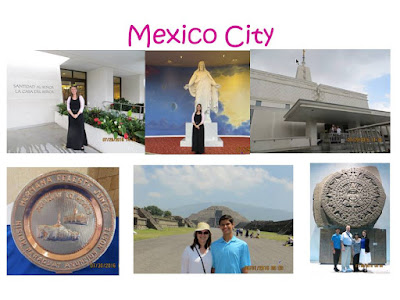 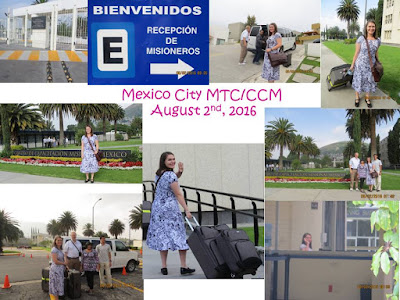 Posted by HermanaCelesteJones at 10:18:00 PM No comments:

Today 21 years ago Phyl and Eloisa got married. Two years later a beautiful baby girl joined their family. She grew up into a wonderful young woman. She graduated from High School, got her Real Estate license when she turned 18, she finished her first year of college at the University of Arizona. Celeste is leaving everything behind to serve her Heavenly Father. She has prepared to serve and is so excited. We created this blog and we dedicate it to her with love. In 38 days from today her journey begins and she will turn  19 years old at the Mexico City Missionary Training Center. Her life will change forever. We will miss her tremendously but we know she is ready for this new part of her life. We hope she will share with us her experiences through her 18 months in the Paraguay Asuncion North Mission and we hope you will follow and enjoy her journey.
Posted by HermanaCelesteJones at 10:48:00 PM No comments: 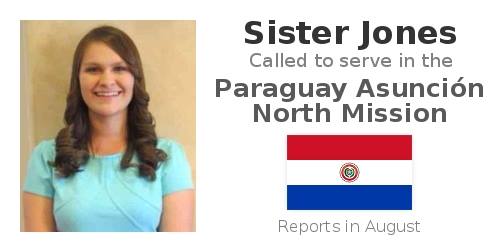 Starting at the Mexico City CCM

Enter email address to be notified of blog updates

HermanaCelesteJones
This blog is my story through my journey as I serve as a full time missionary for The Church of Jesus Christ of Latter Day Saints. Celeste.Jones@Myldsmail.net